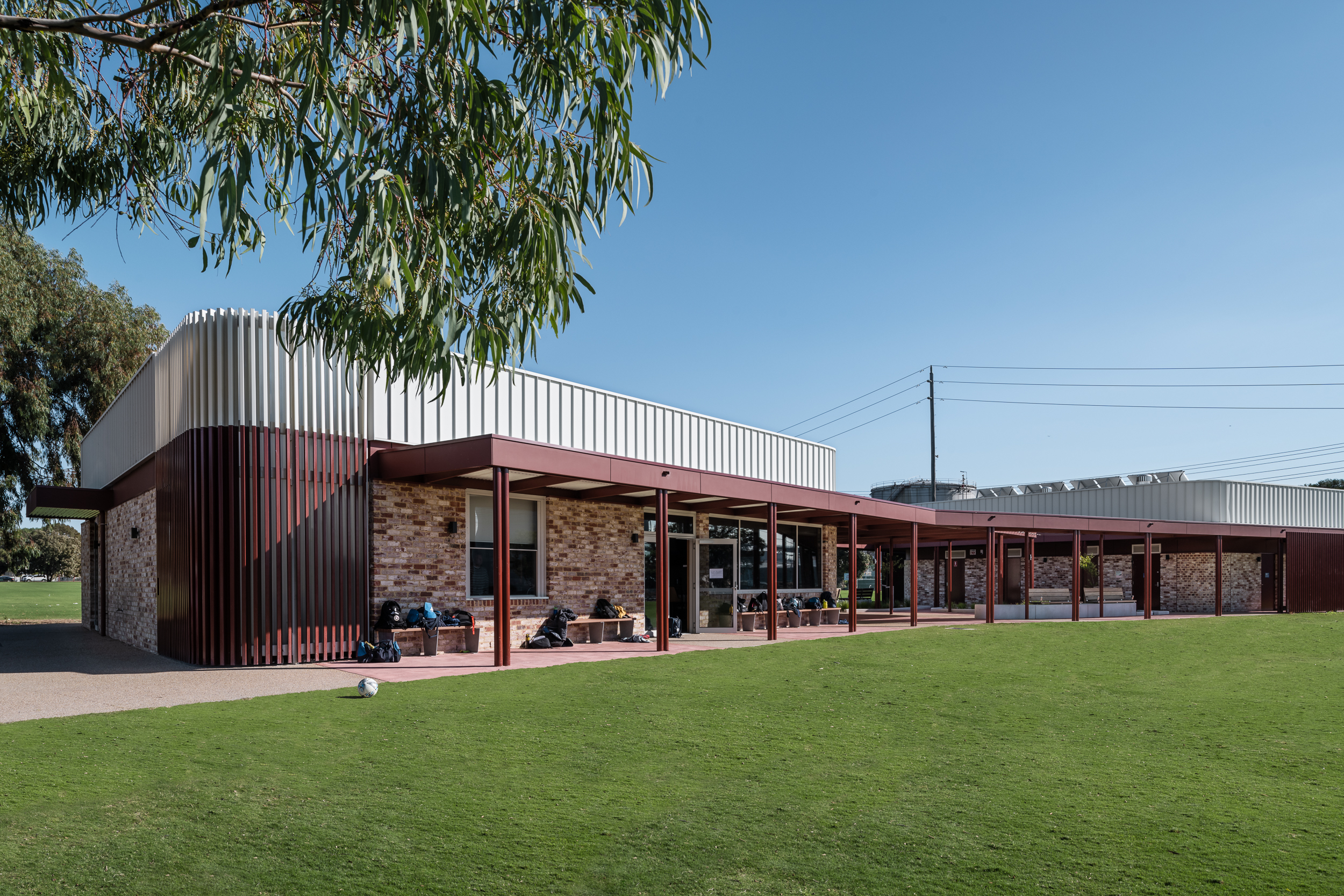 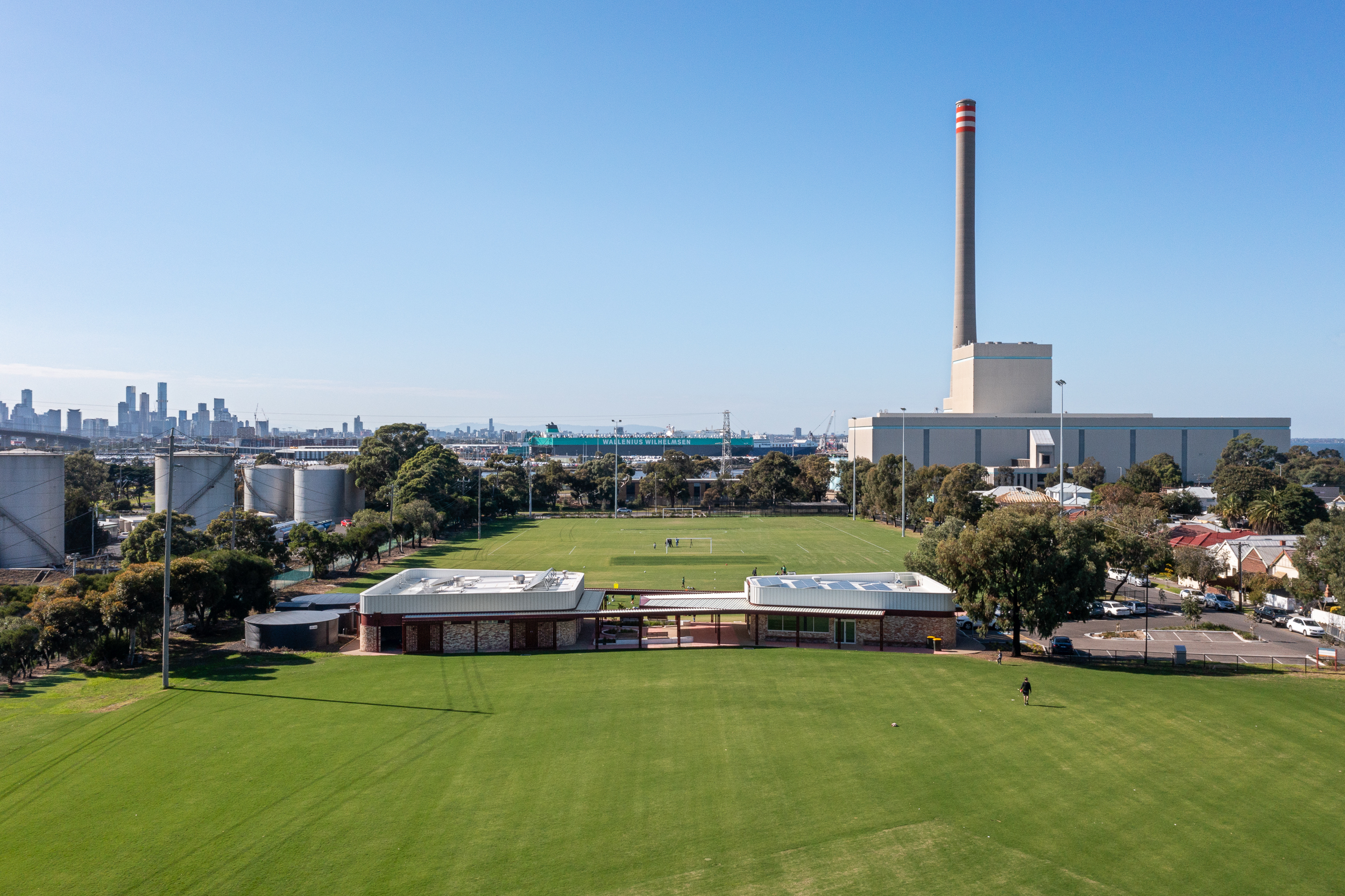 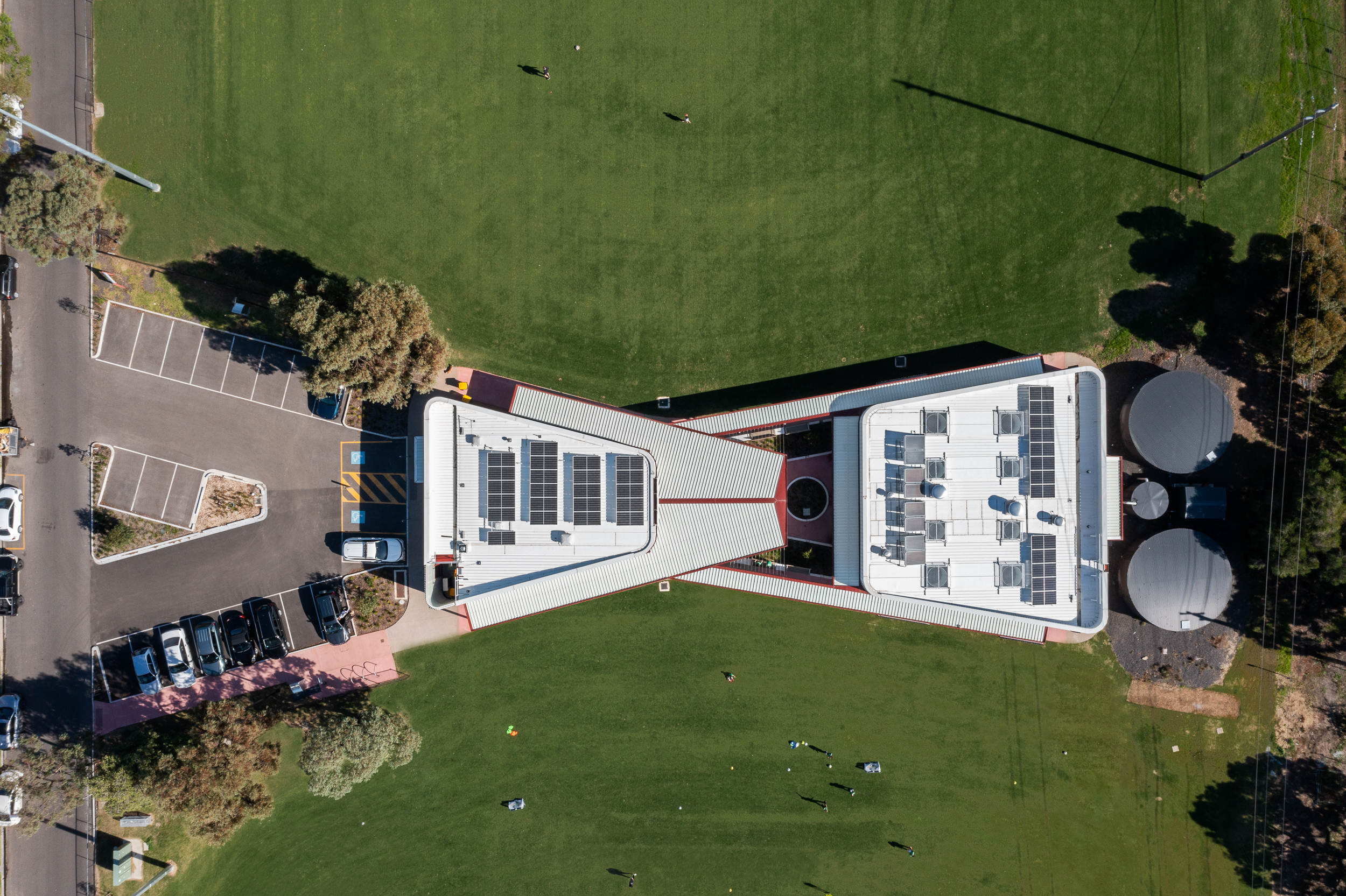 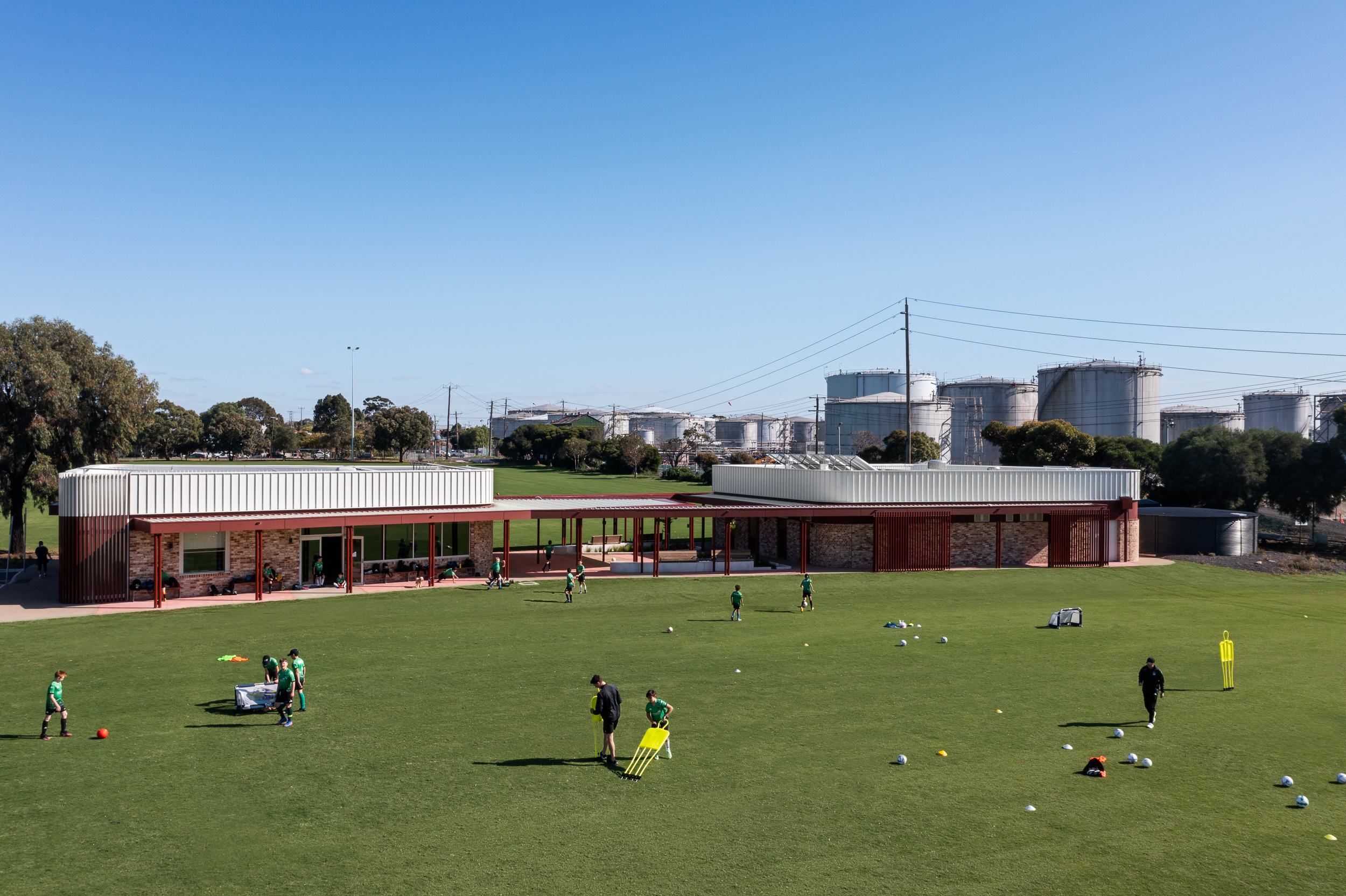 Digman Reserve Sports Pavilion is a new multipurpose community facility for the local cricket and soccer clubs and the general community surrounding Newport in Melbourne’s Inner West. The new pavilion provides updated infrastructure required for the community user groups to meet the growth of universal participation of sports of cricket and soccer (football) in the area, particularly amongst junior and female participants. 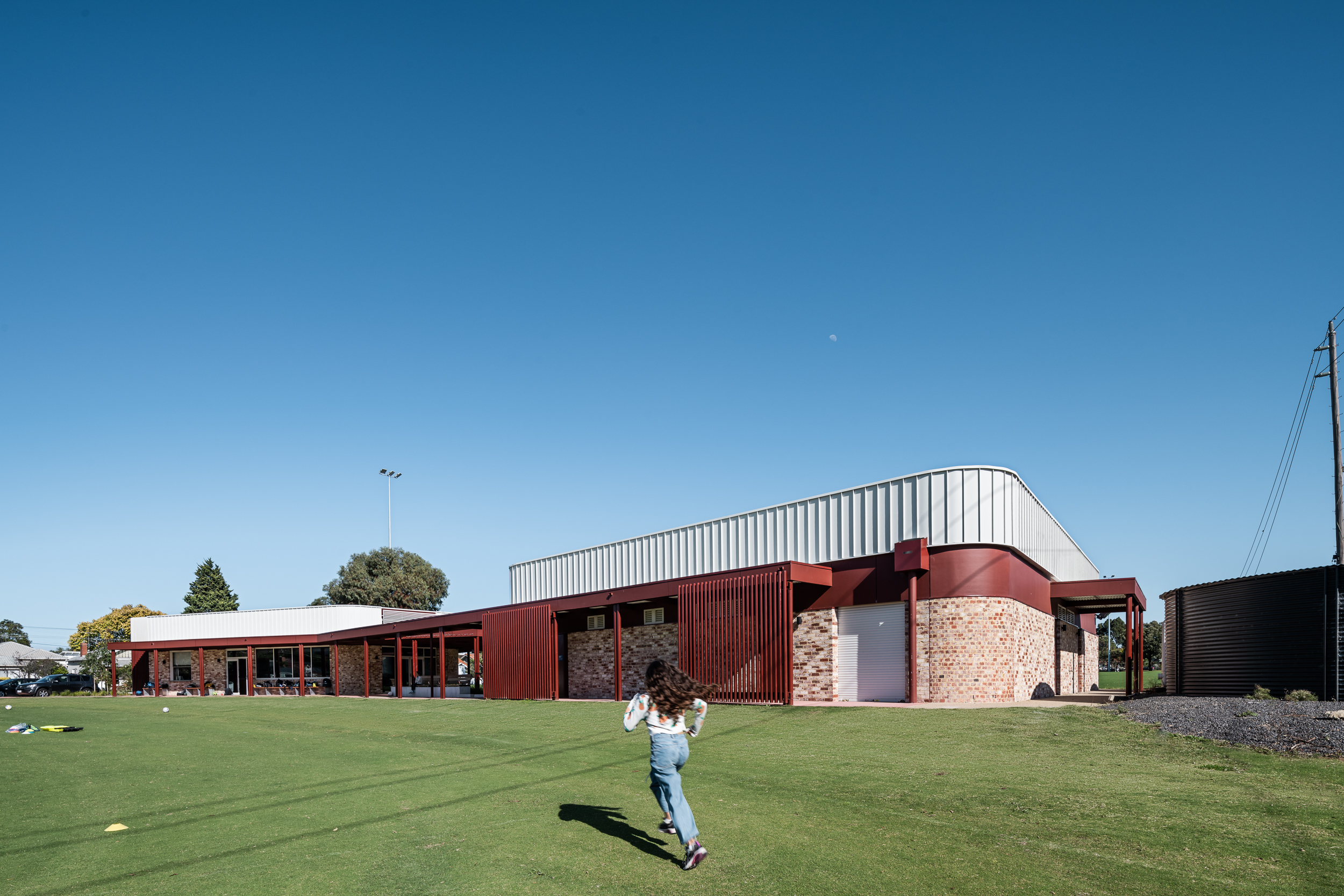 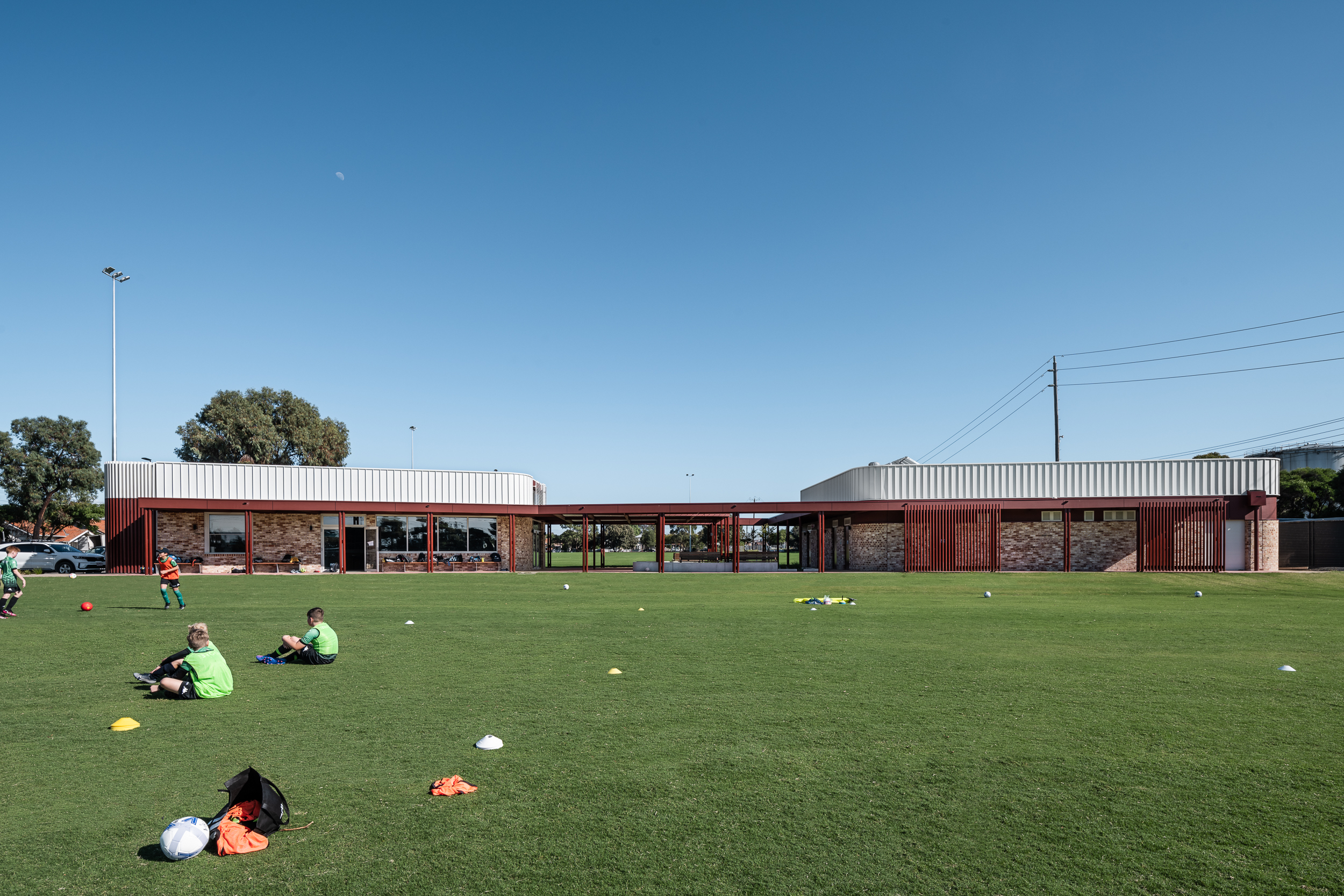 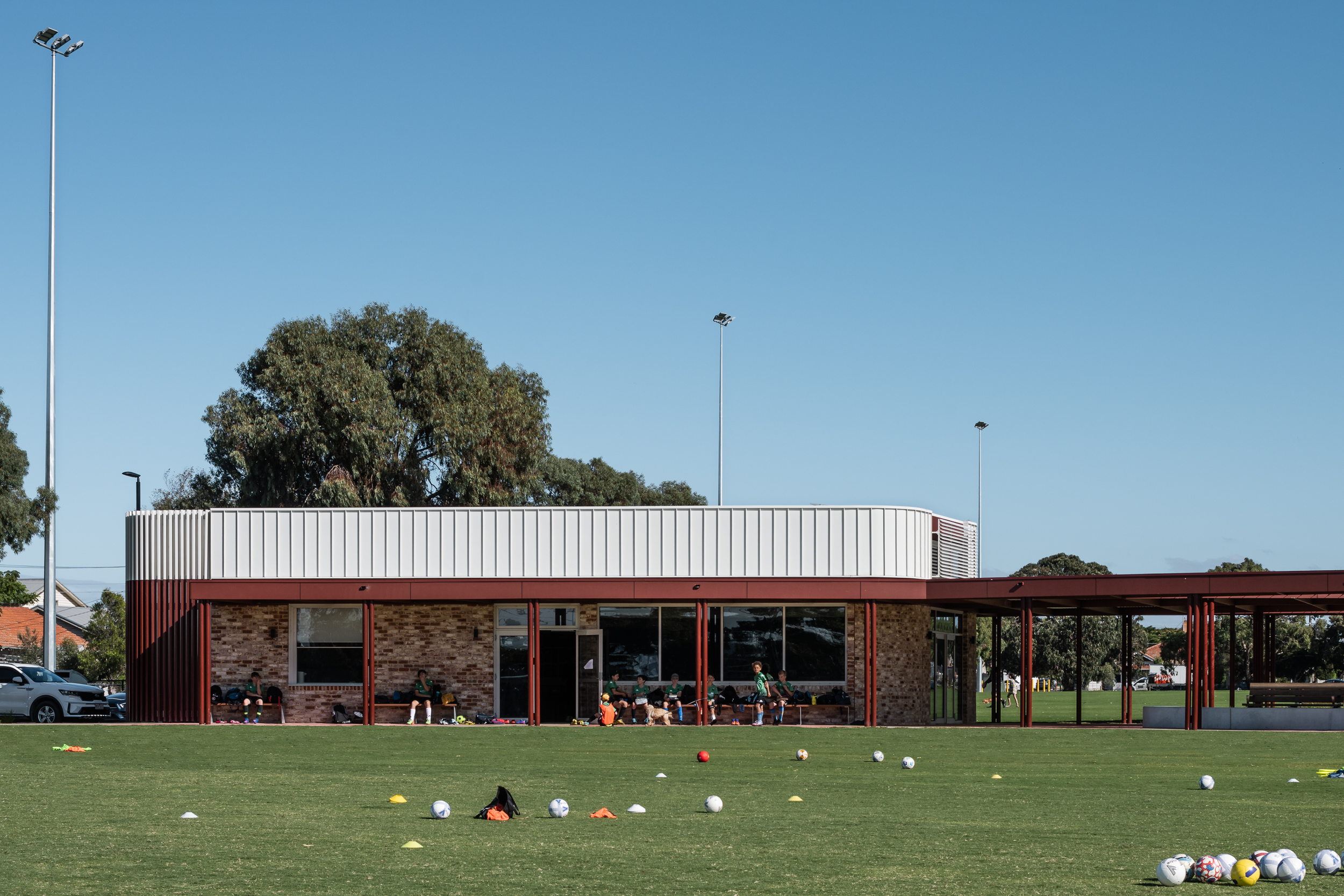 The external expression of the pavilion is of two-parts; the first part comprises a participants amenity/change hub to the north and a club room/ kiosk to the south. The second part is the significant singular roof form that links the two lower parts of the facility and critically defines the space between these as the heart of the facility. The gesture to centralise the community gathering space beneath this bright and dynamic central roof, is as much about connectivity between the two halves of the reserve when it is in use as it is about the passive surveillance of the reserve and its surrounds when it is not in use. 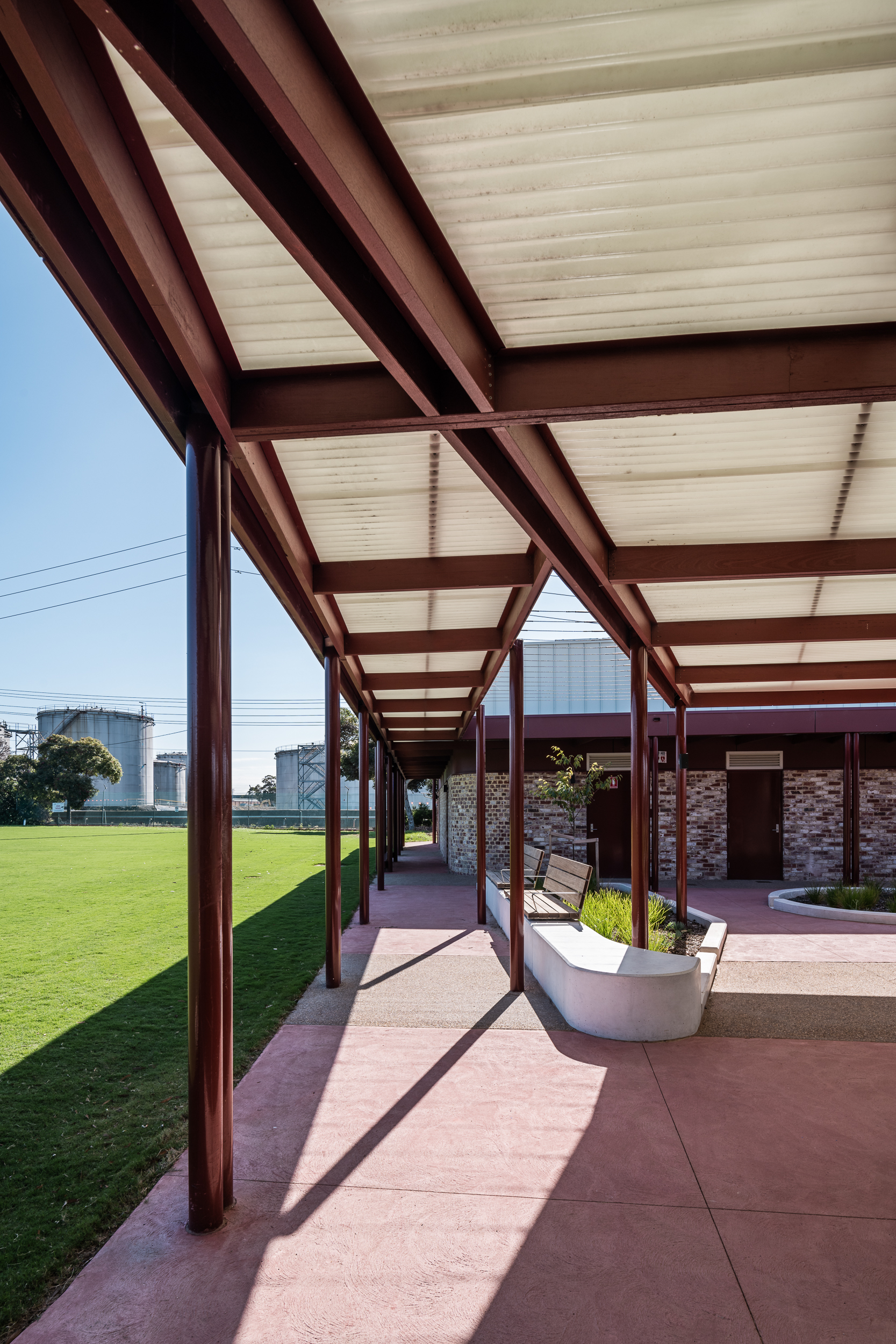 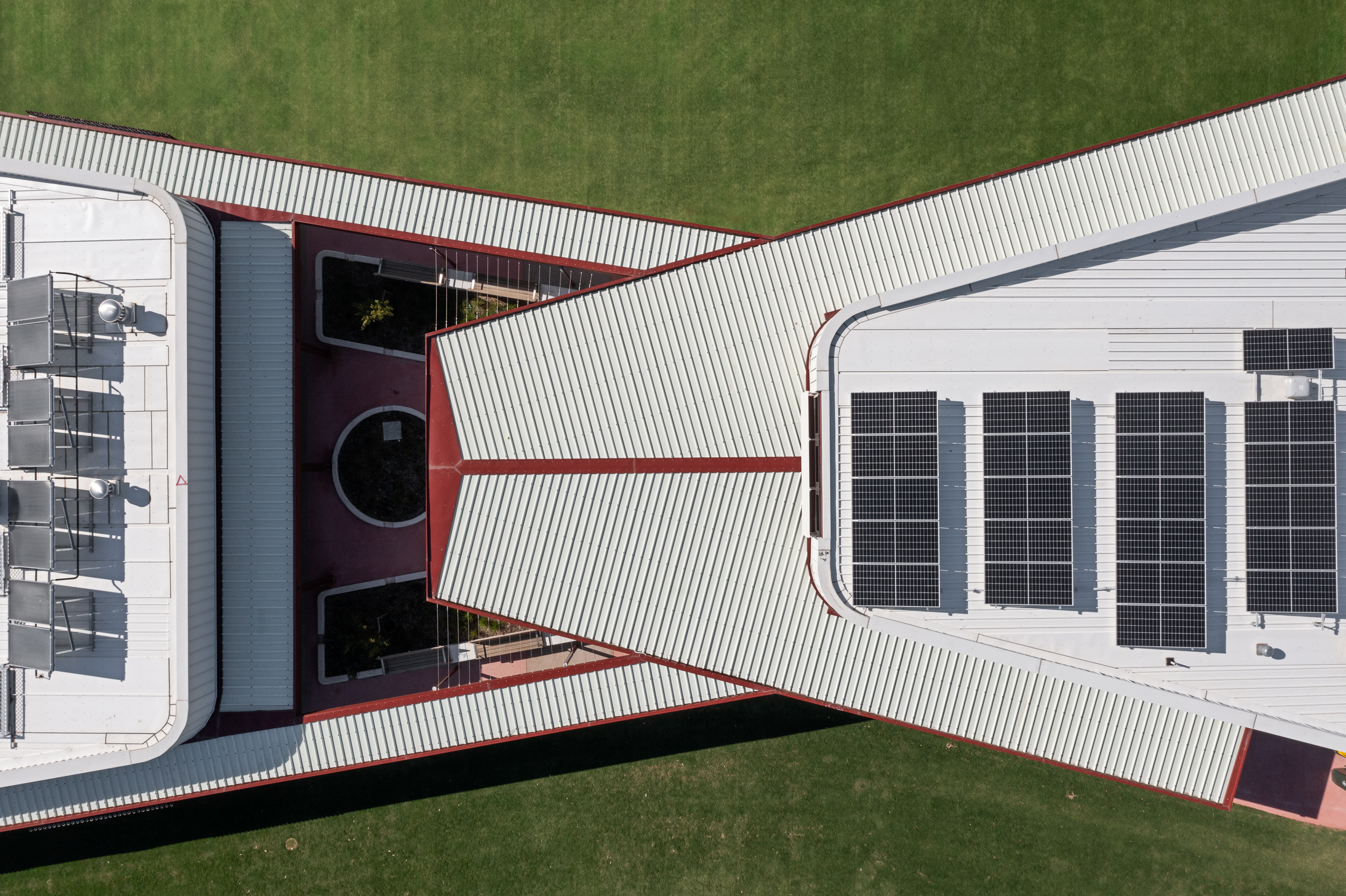 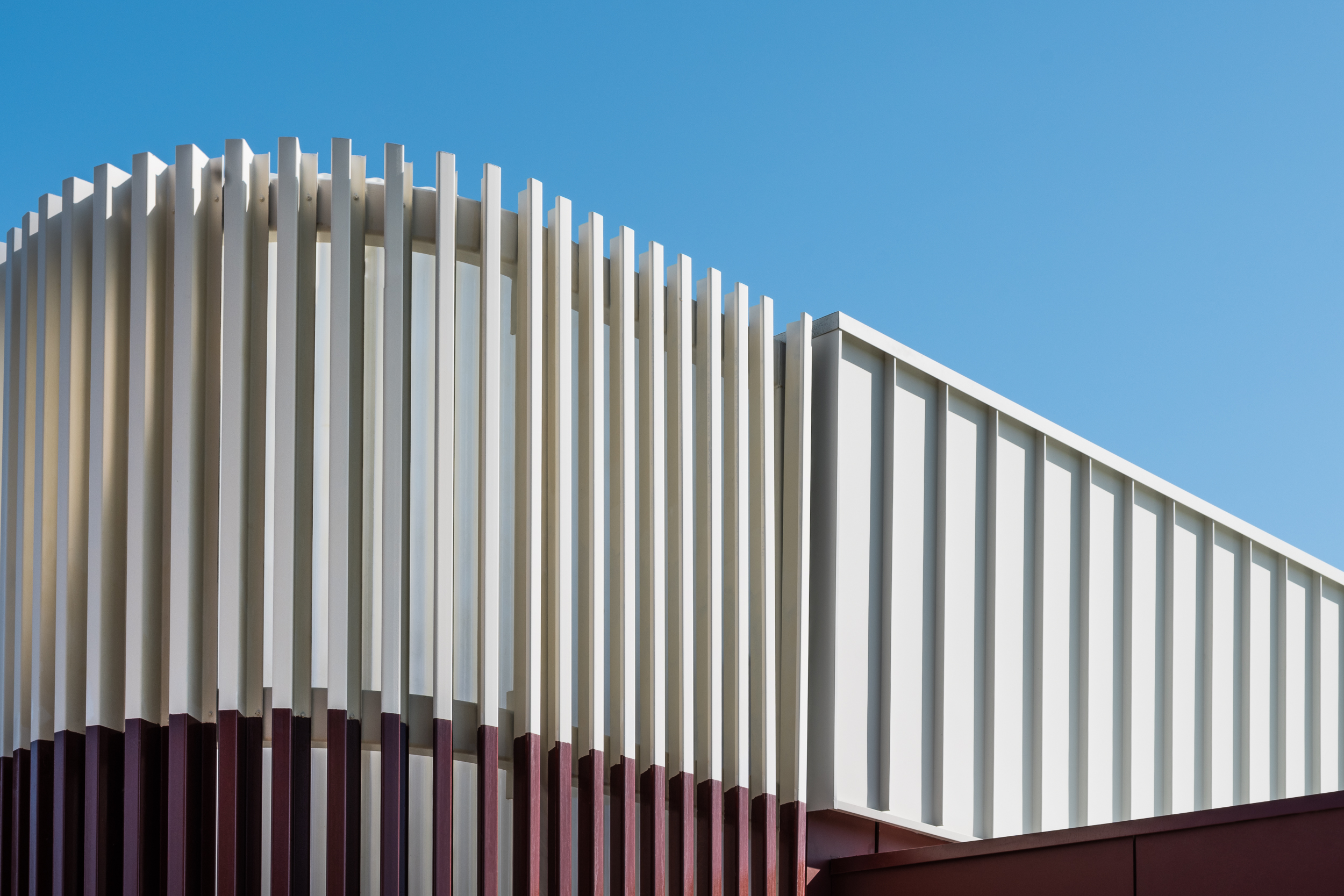 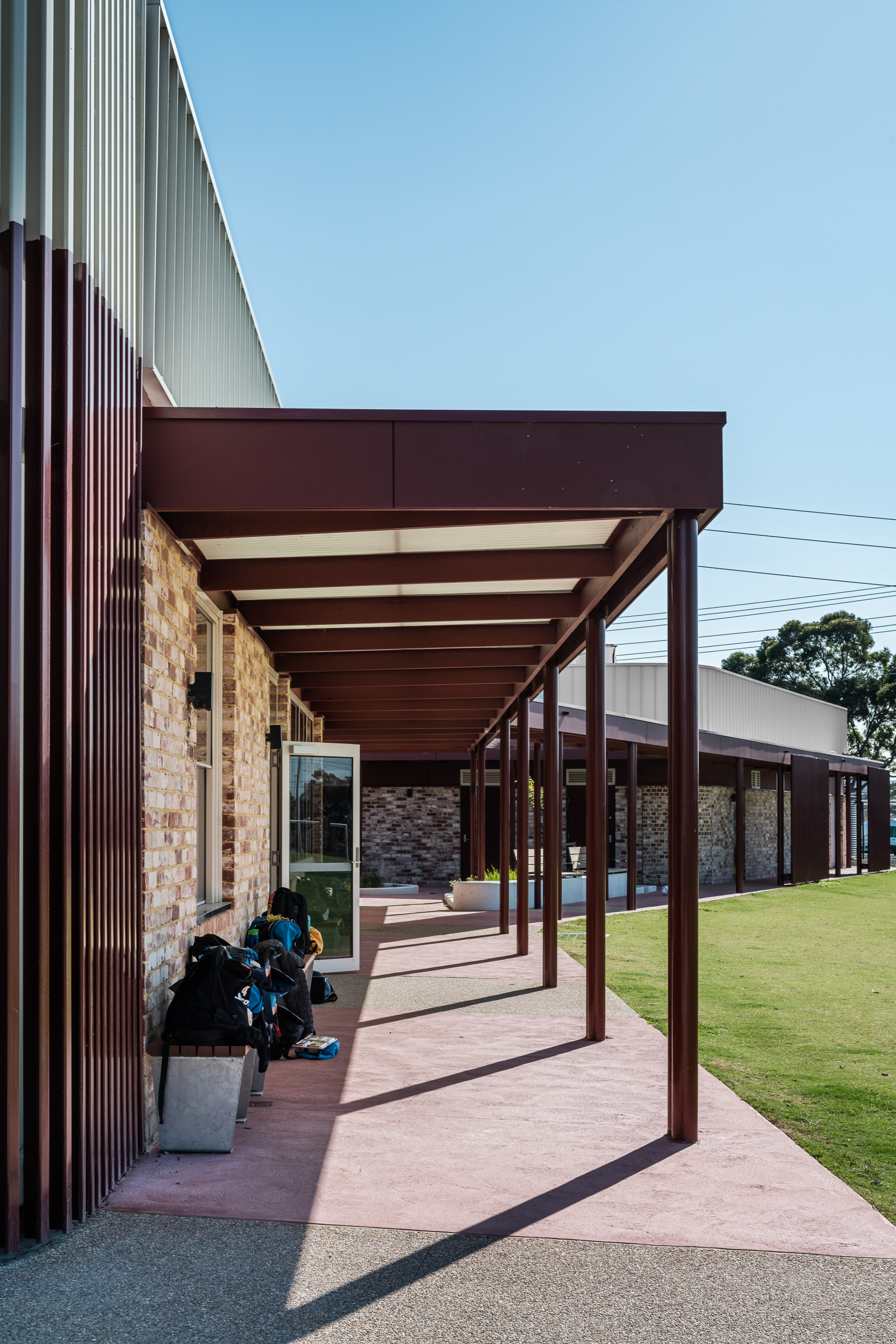 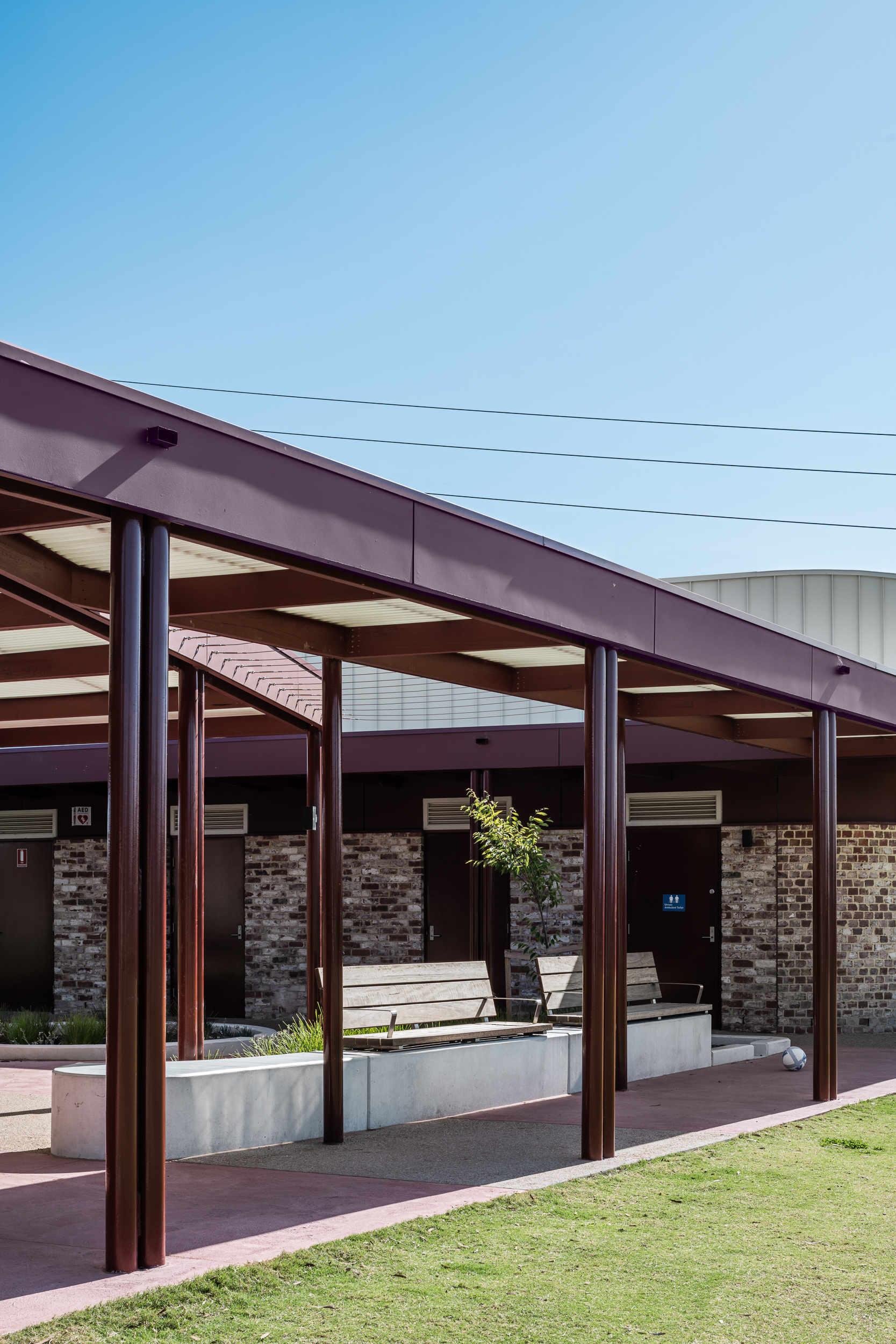 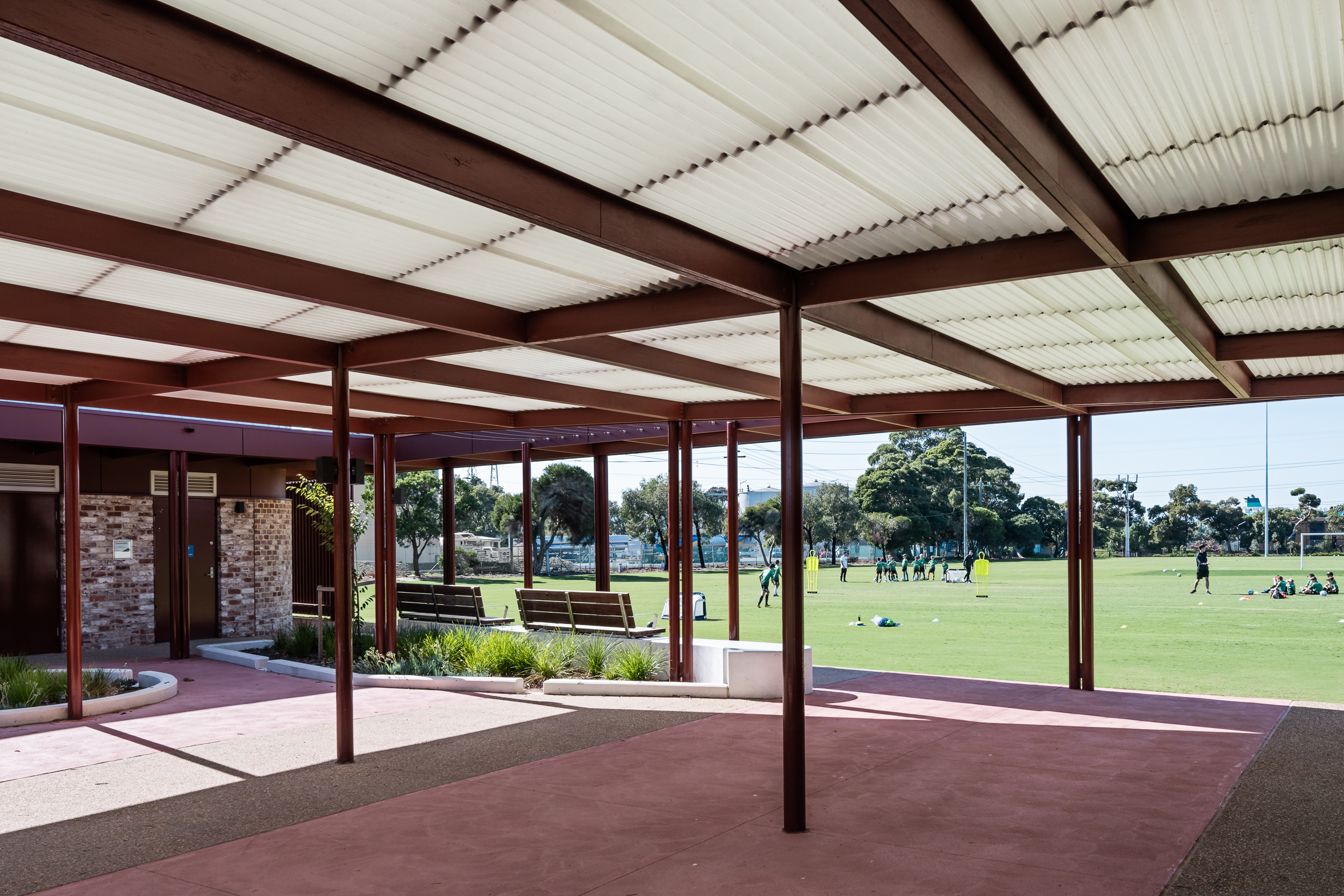 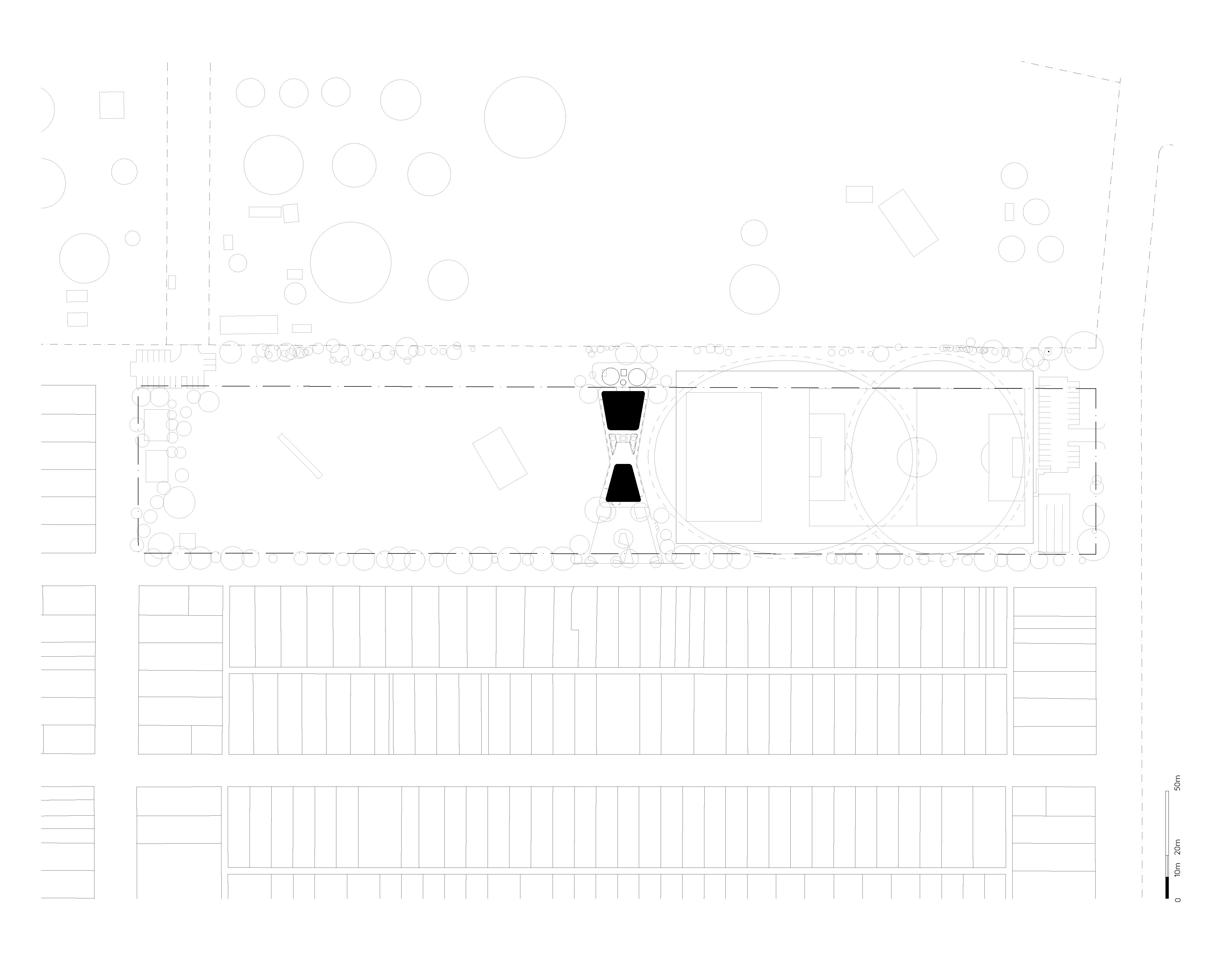 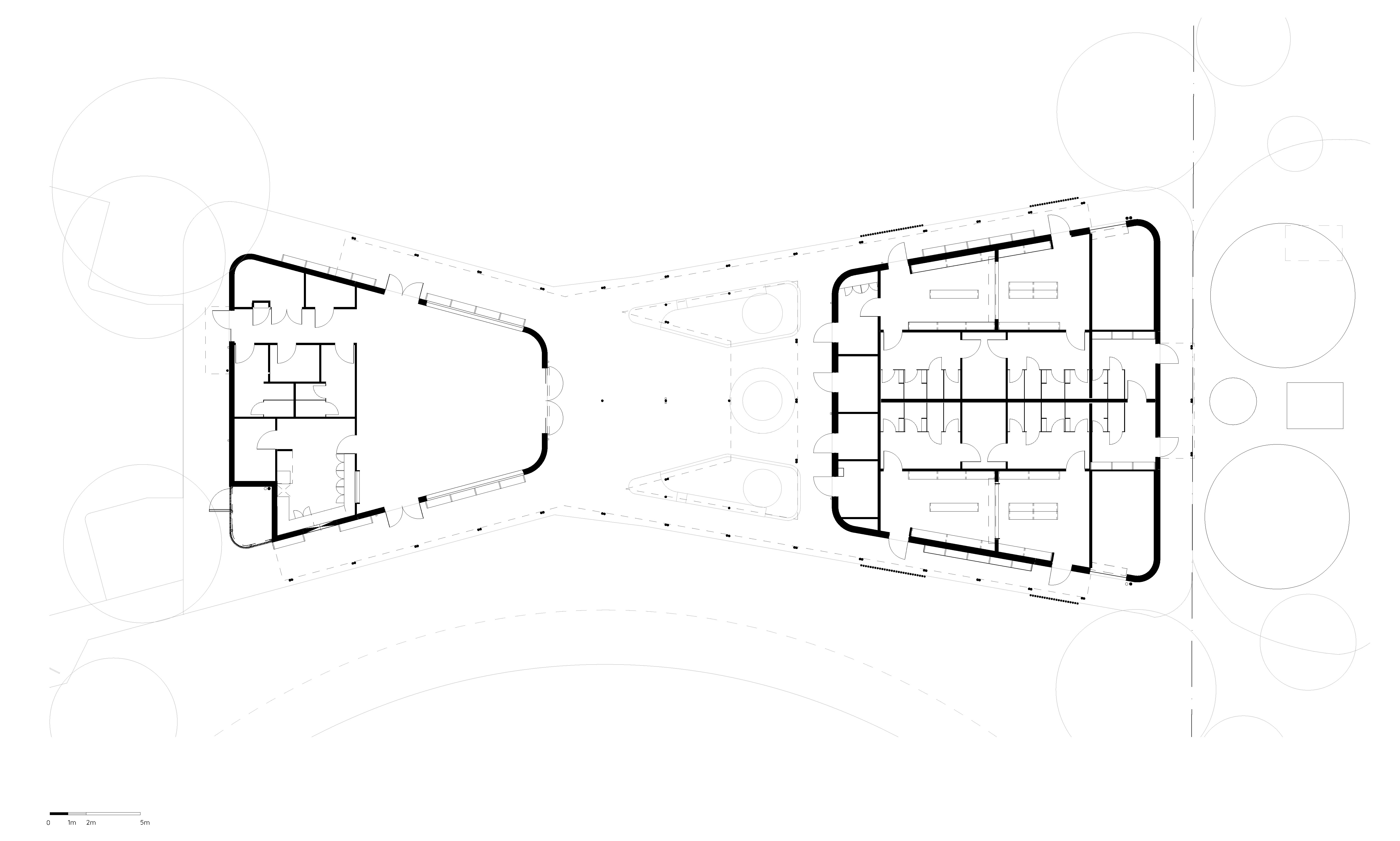 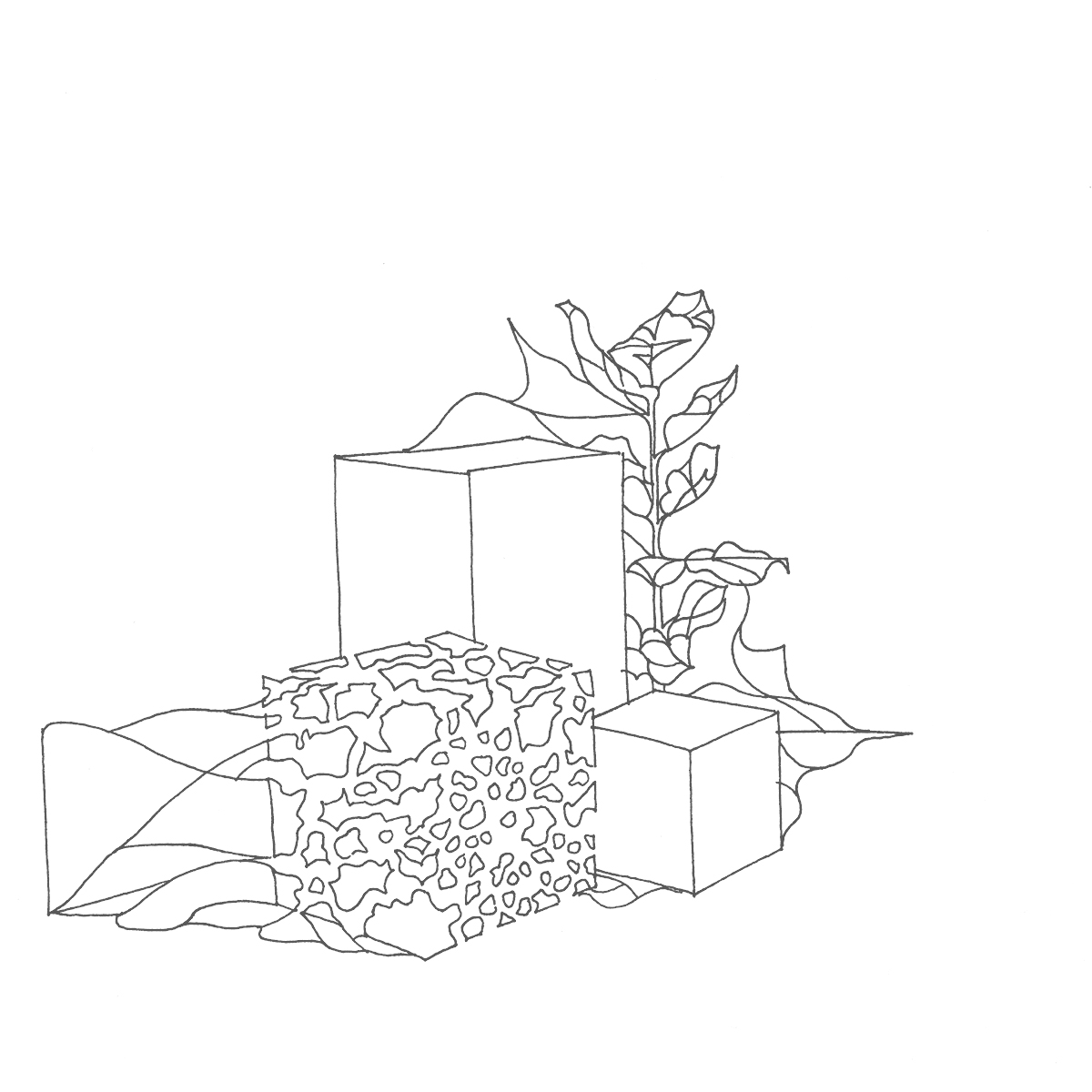 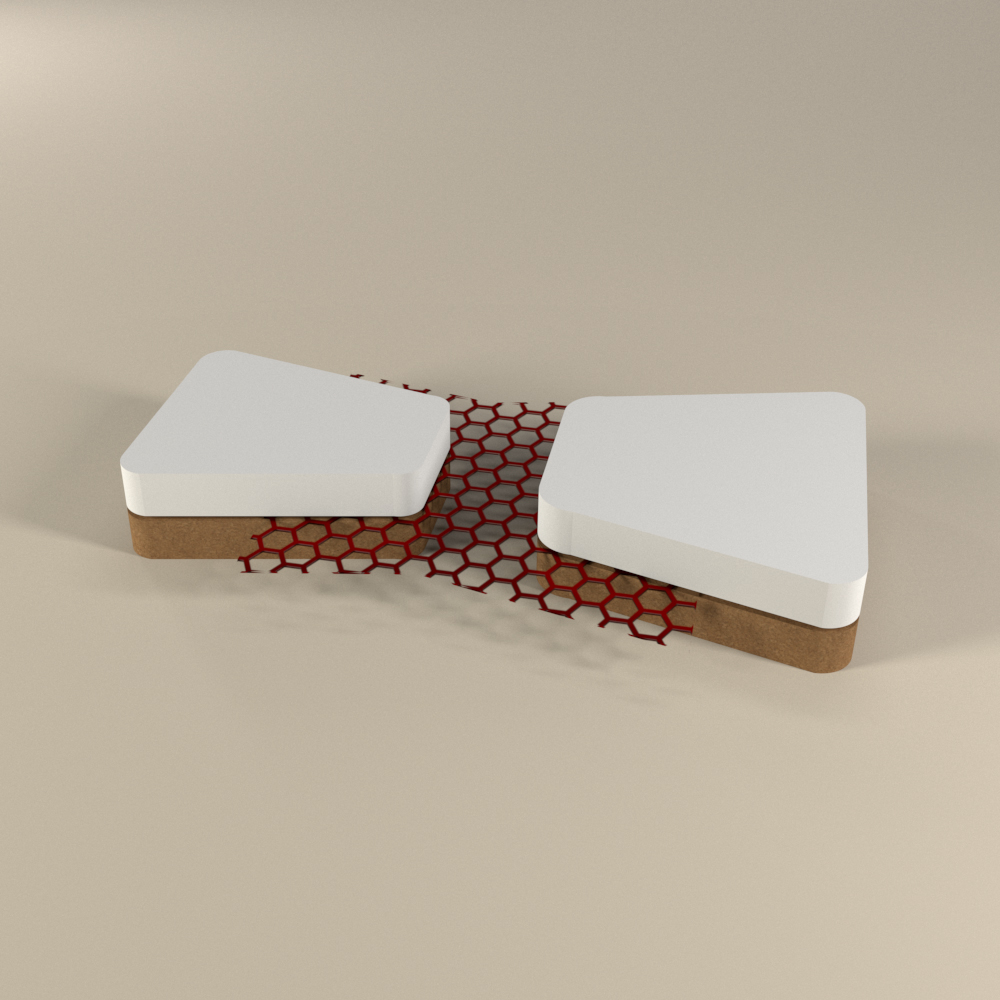 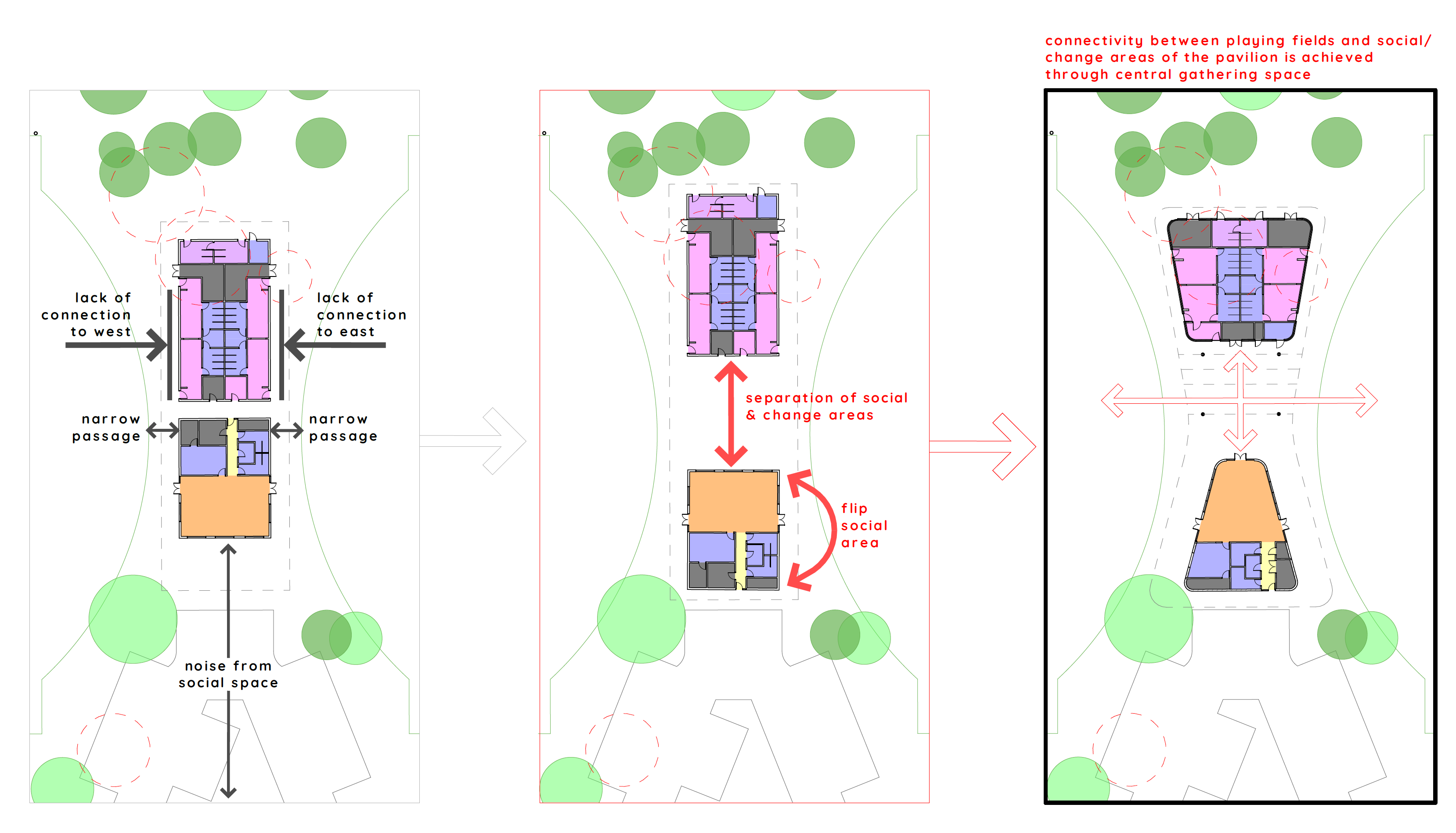 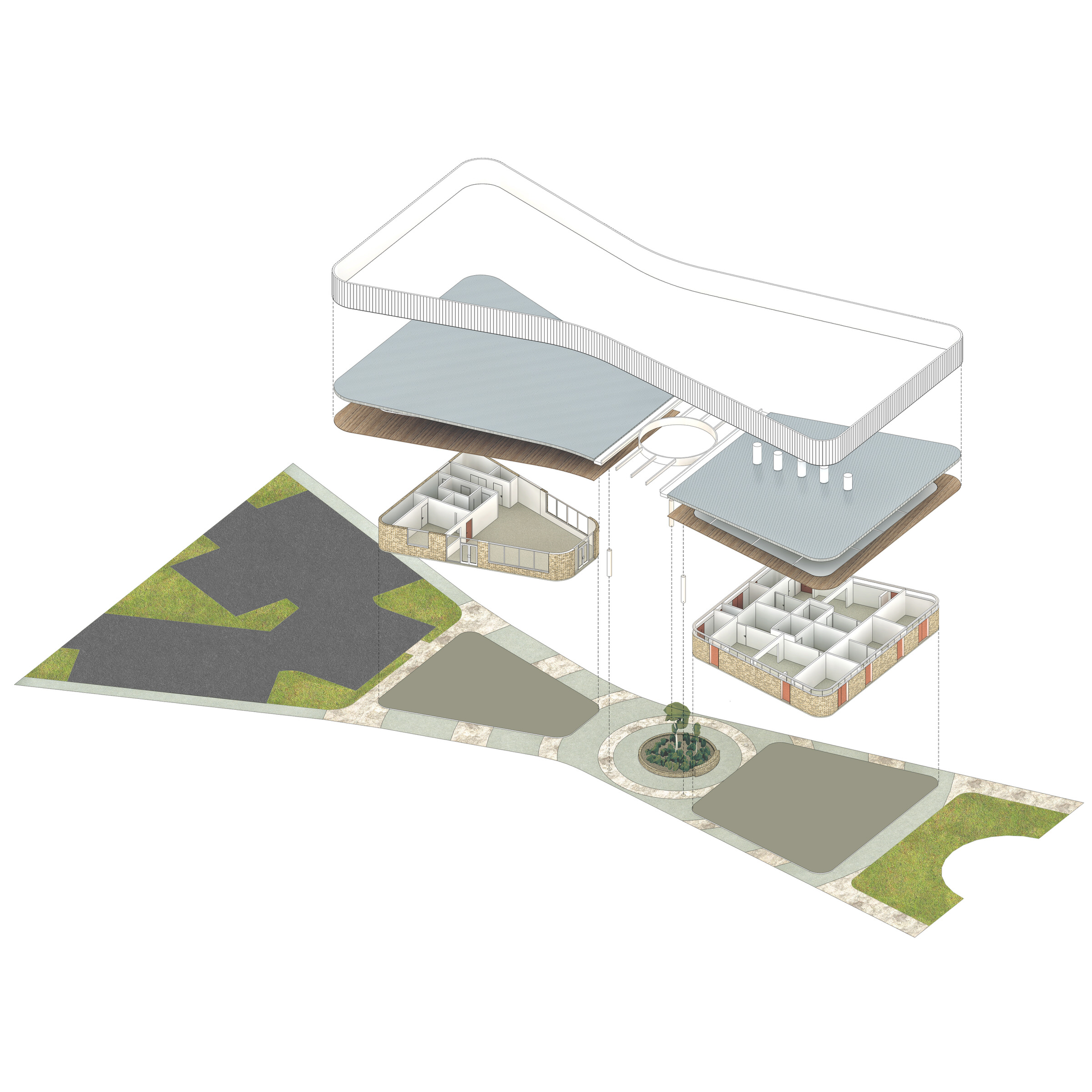 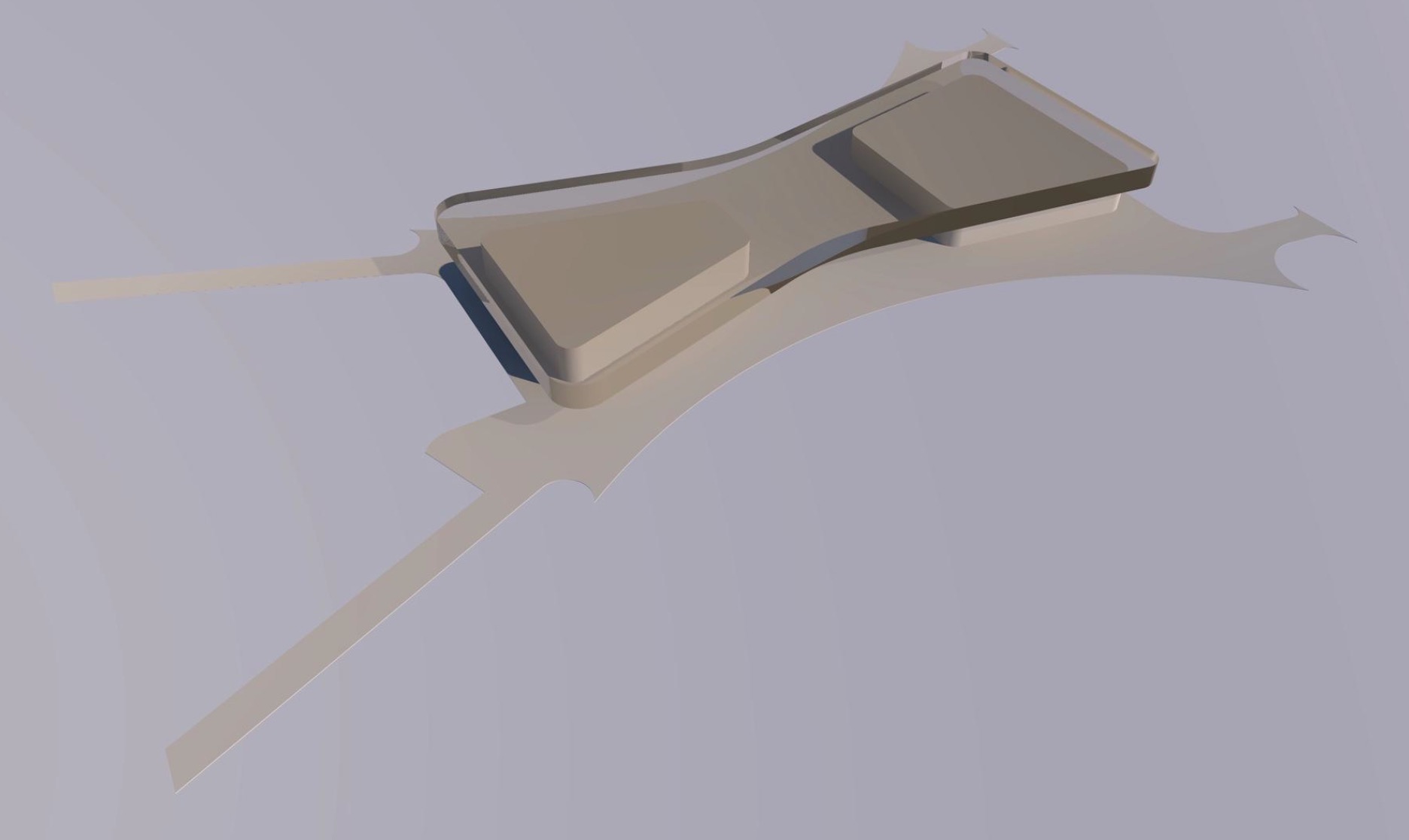 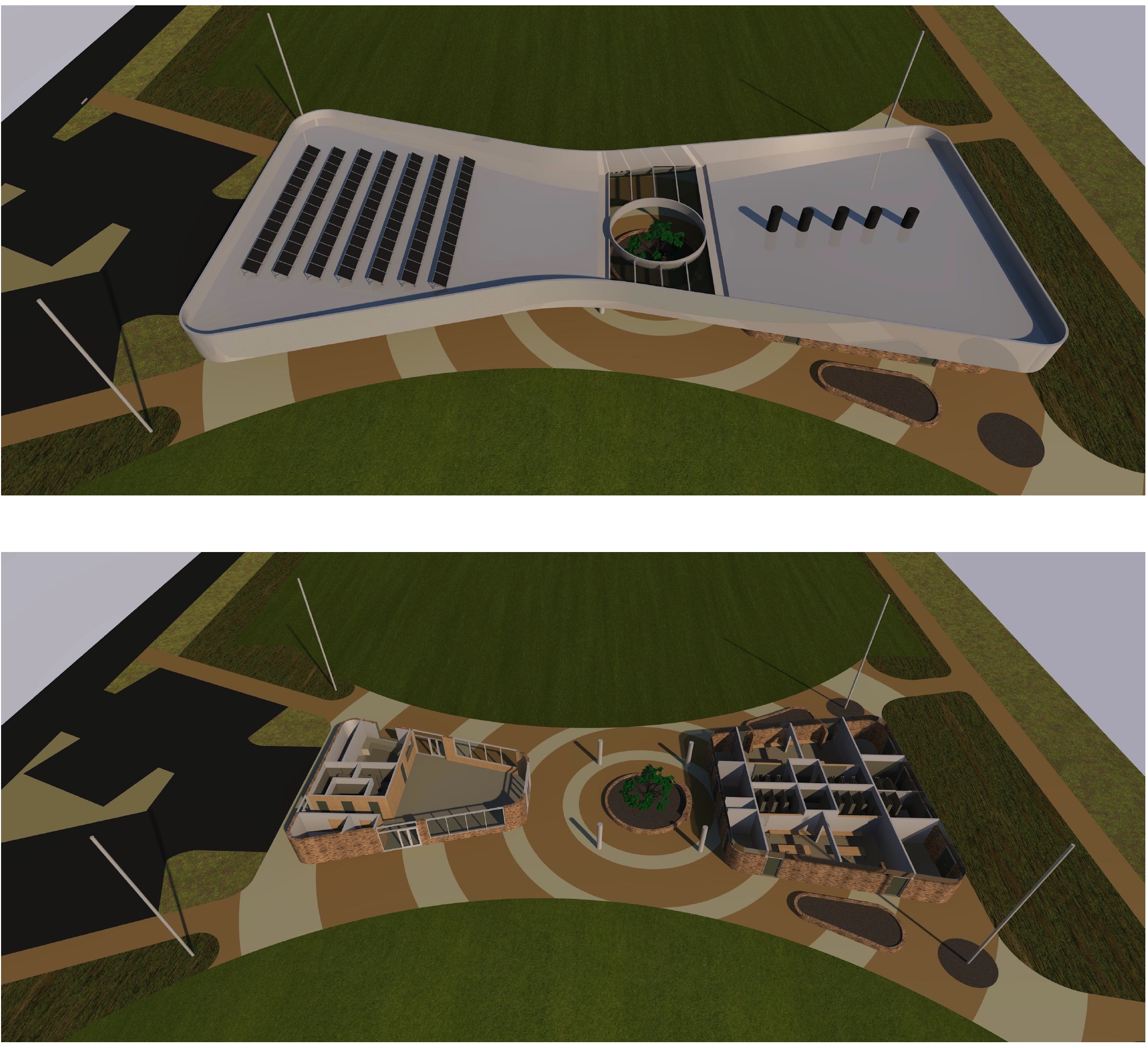 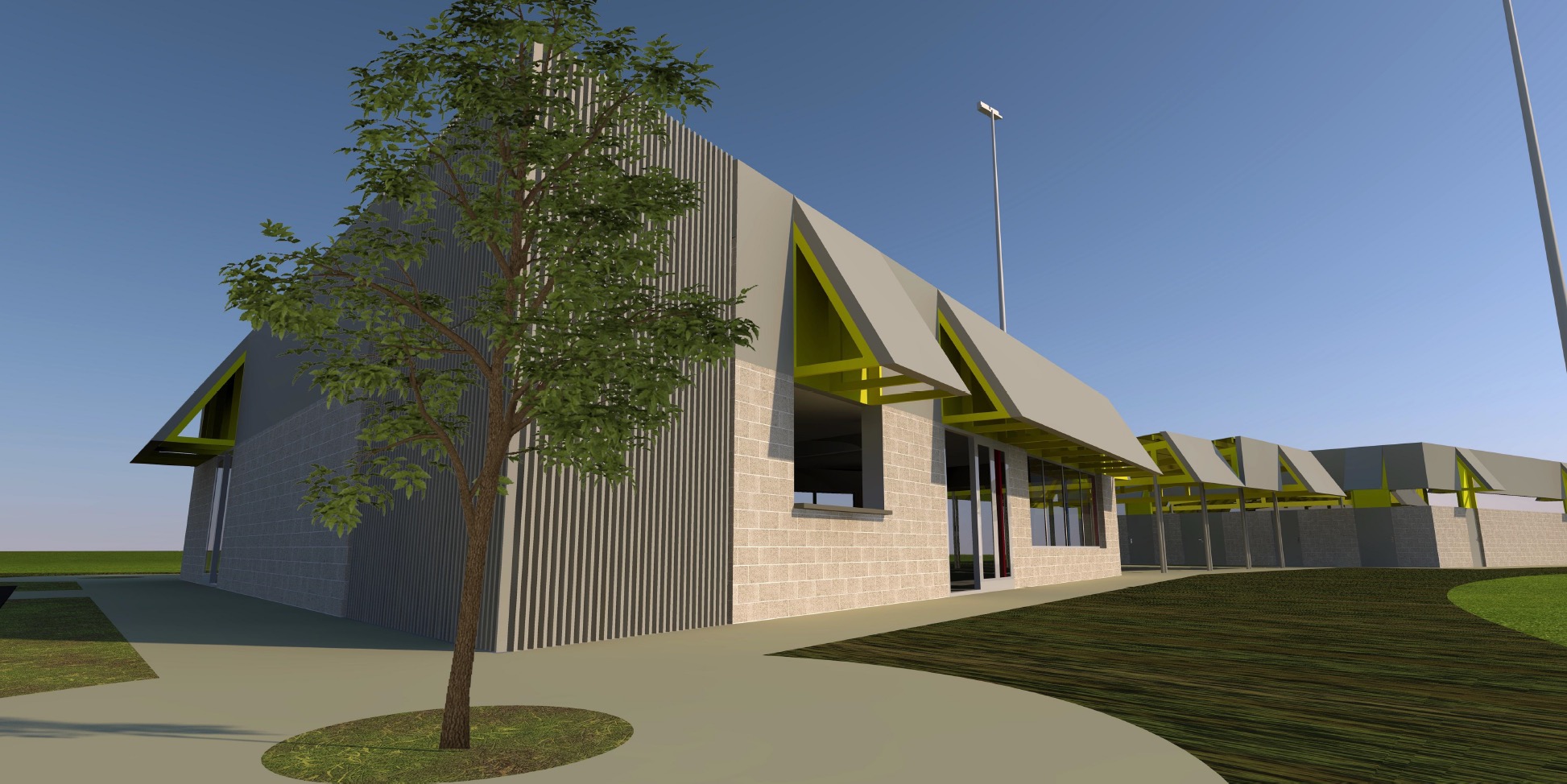 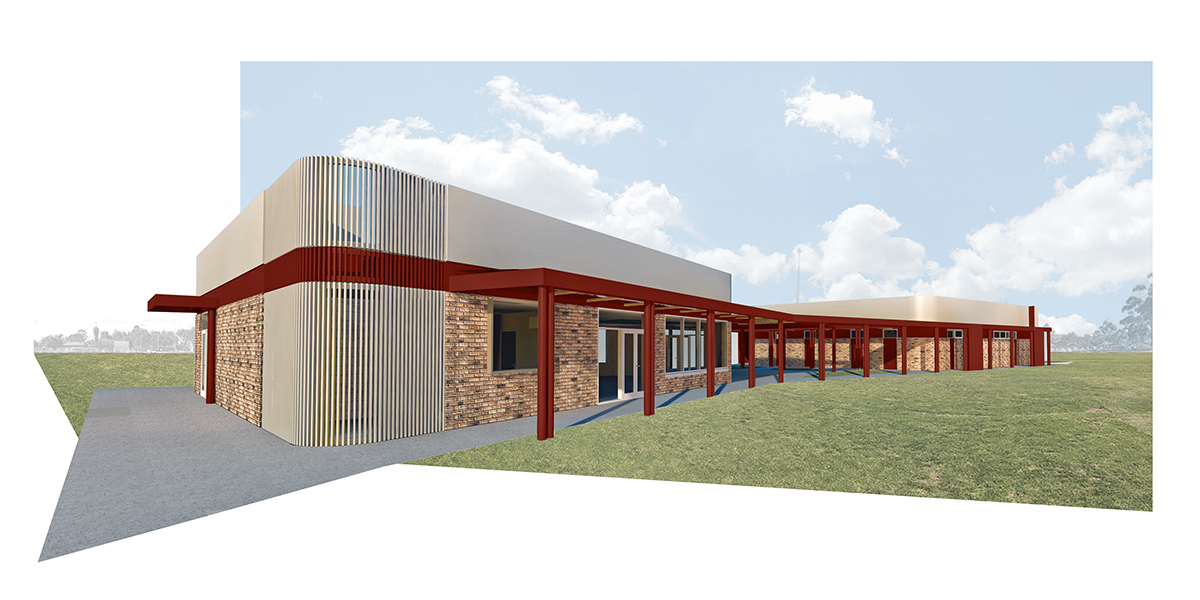 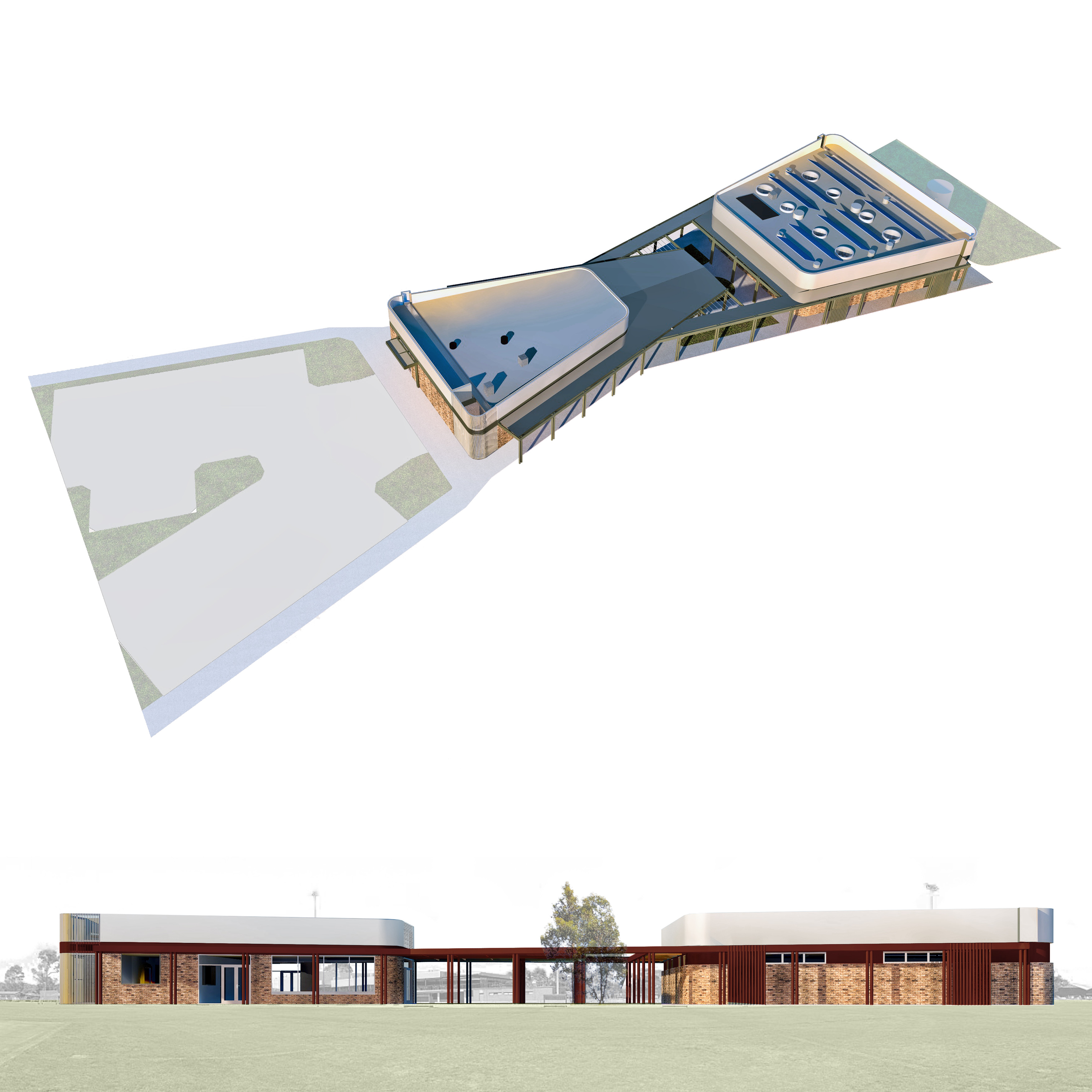 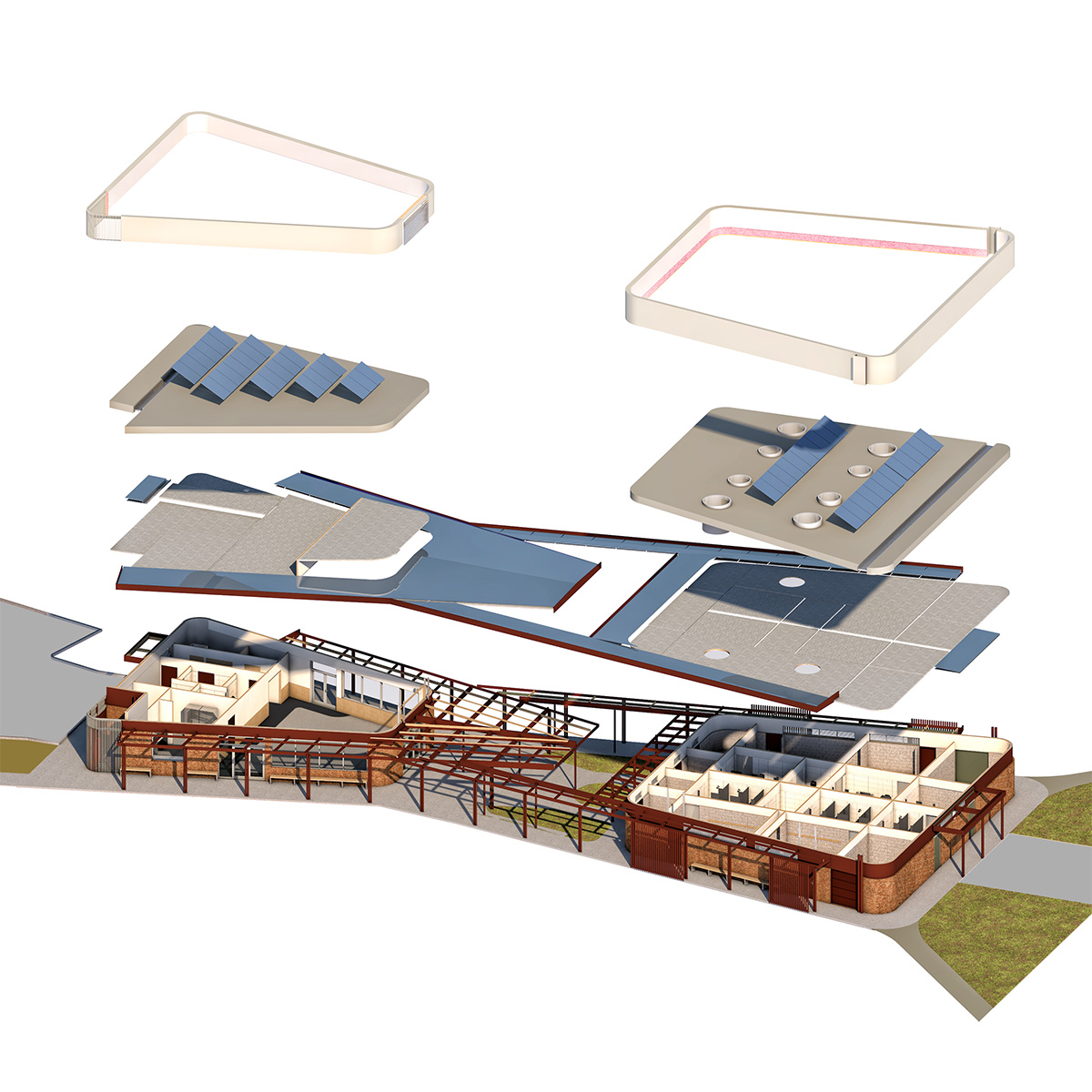 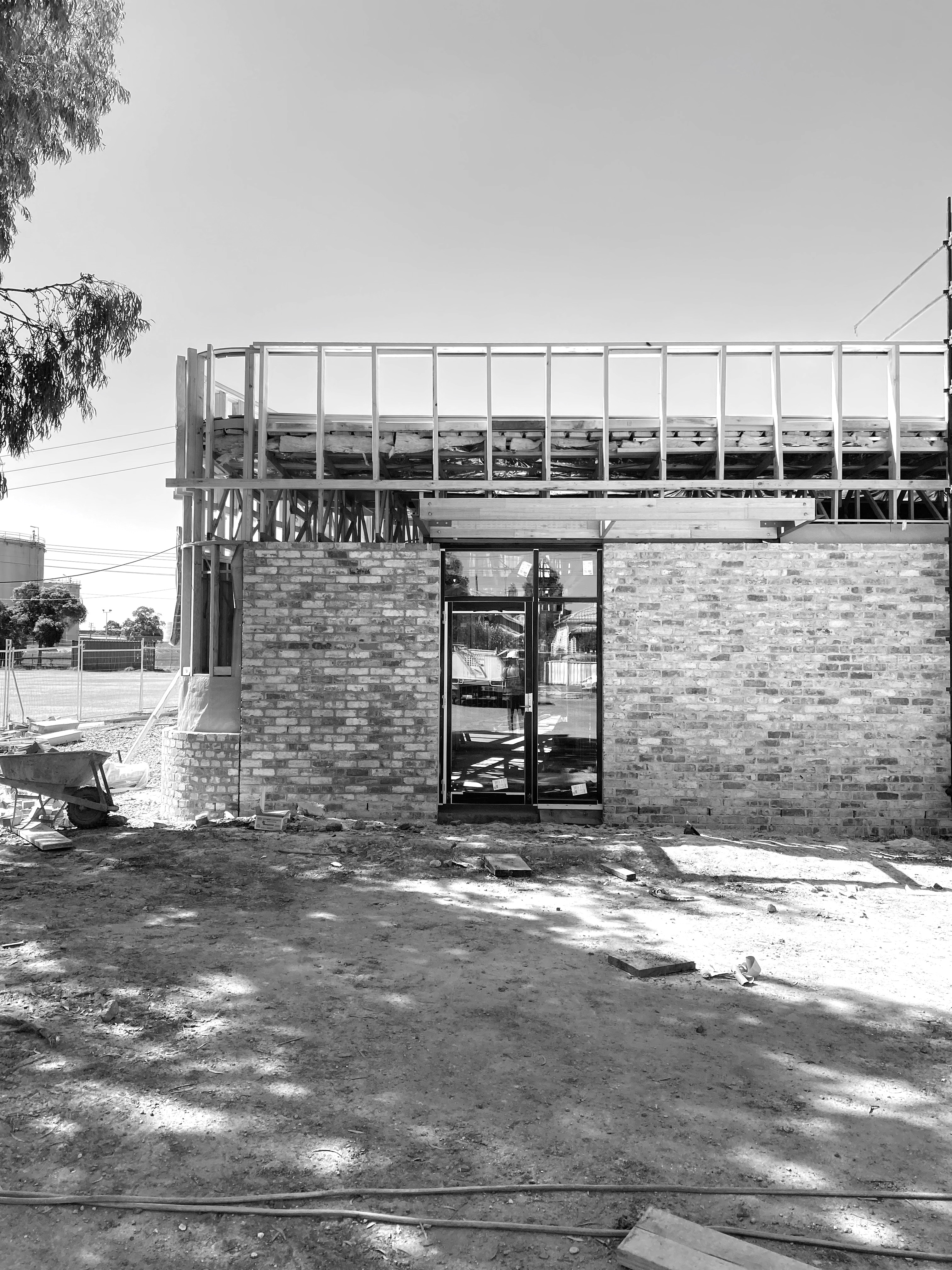 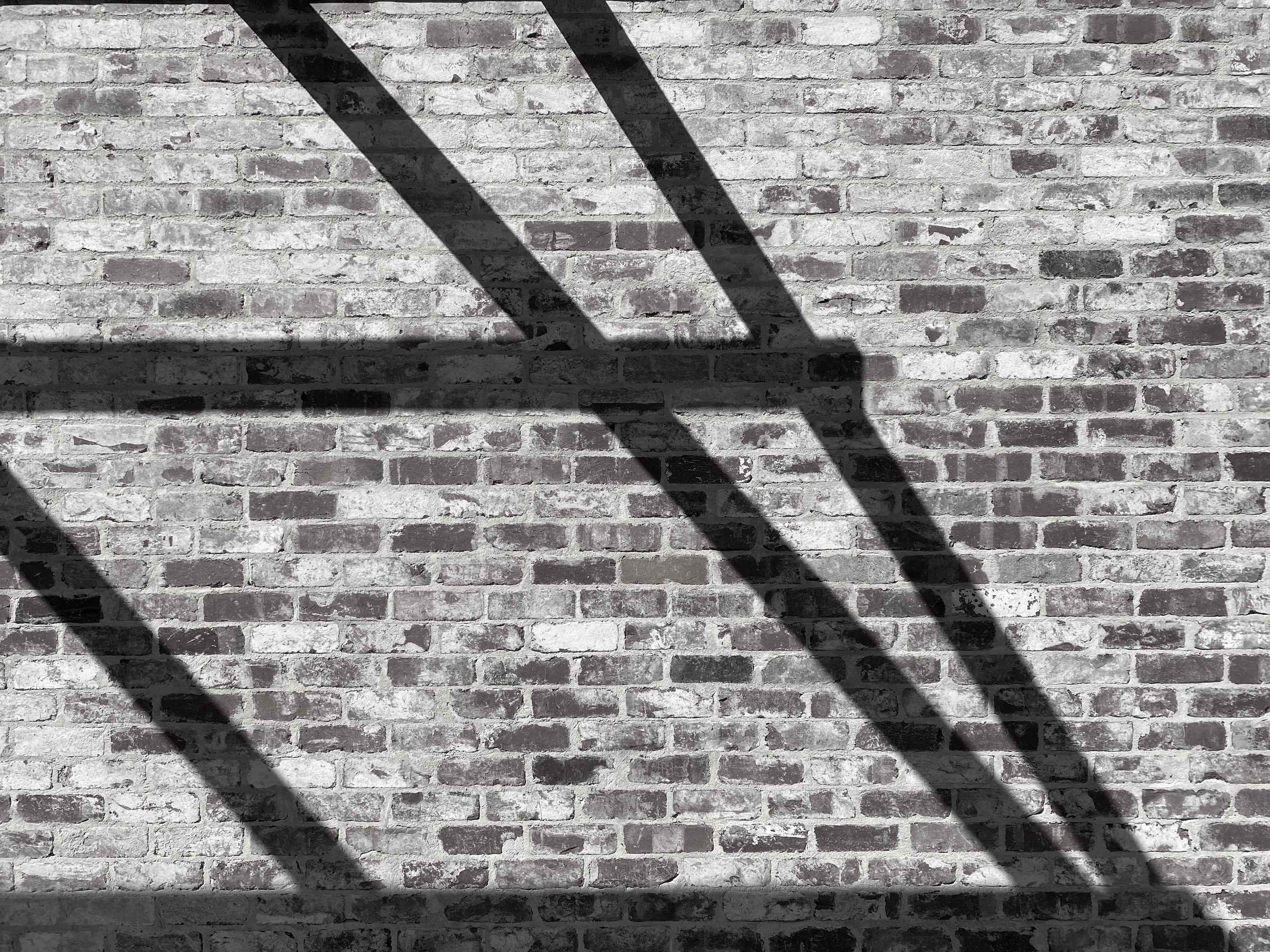 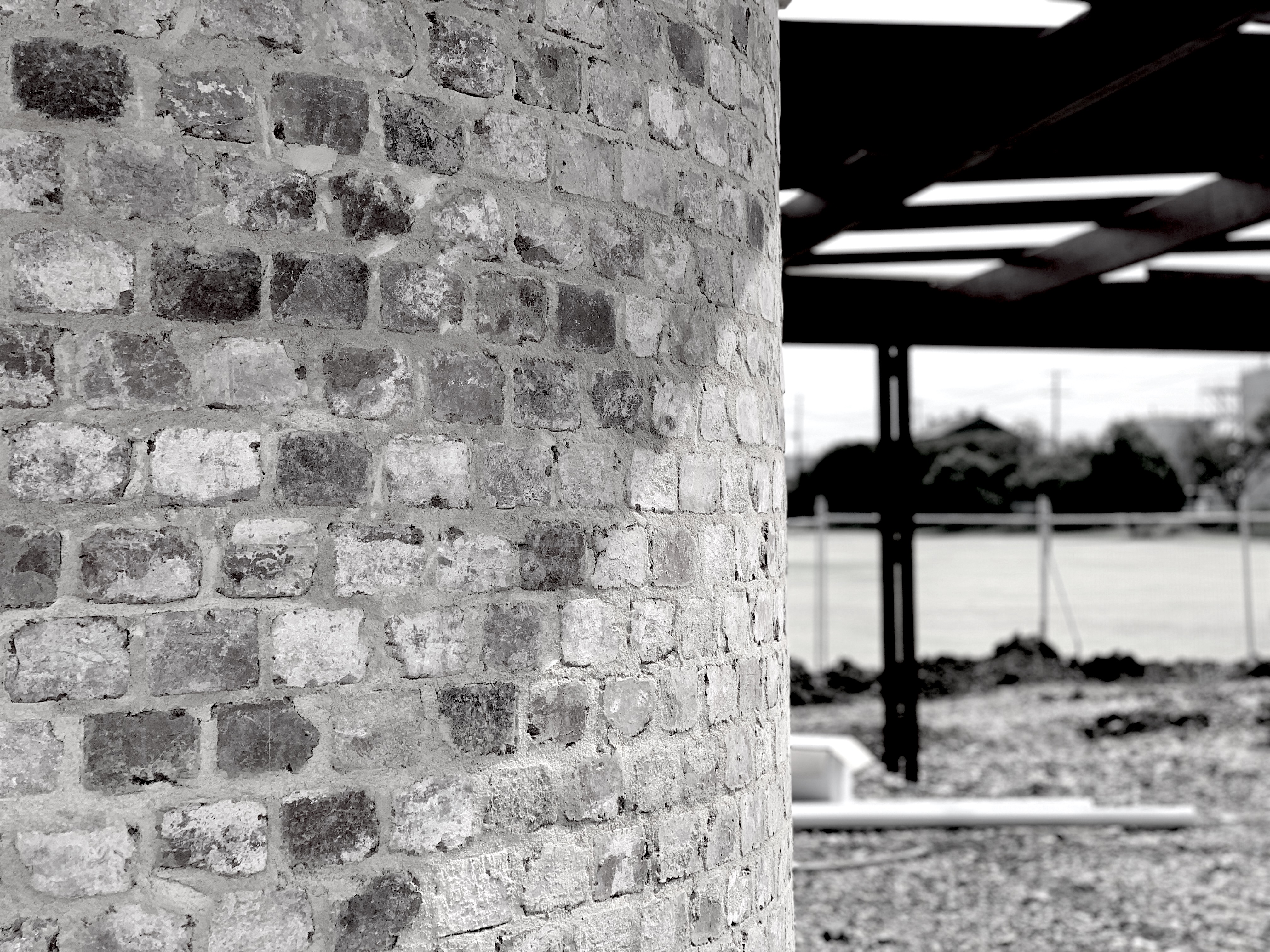 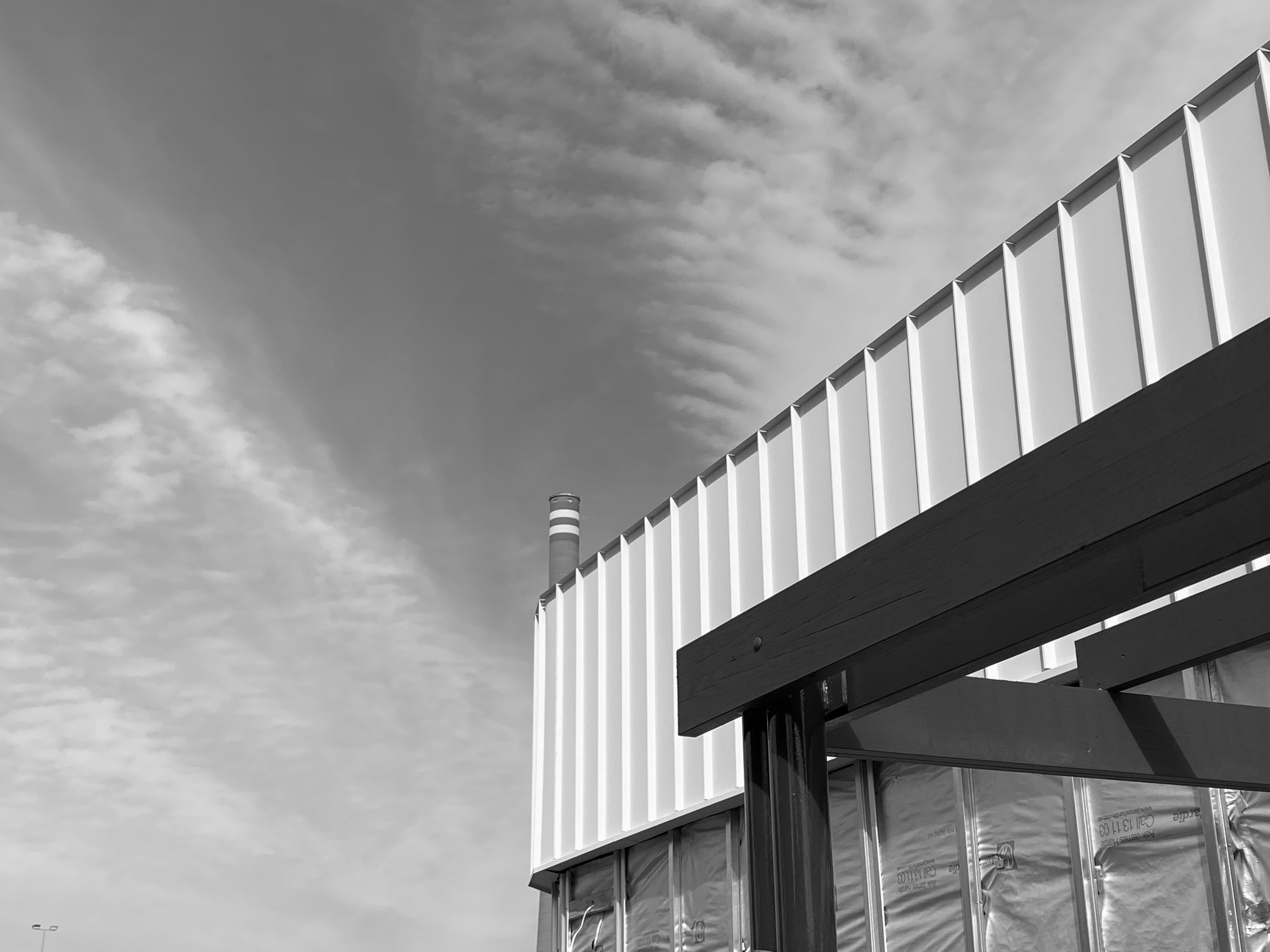